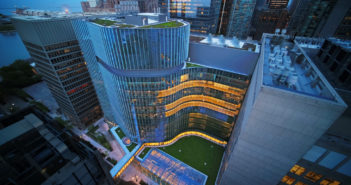 For Northwestern University Feinberg School of Medicine, 2020 was a year unlike any other. The emergence of COVID-19 pandemic led to an unprecedented shift in education and research efforts, as well as a community-wide mobilization to mitigate the virus’ impact on vulnerable populations. Nonetheless, even in the face of unique and unexpected challenges, Feinberg scientists, educators, students, staff and administrators rose to the task. Scientists pushed the boundaries of scientific investigation, making critical discoveries in the search for knowledge to combat COVID-19, and medical educators ensured the continuation of Feinberg’s world-class education even in a radically altered learning environment.

From a record-breaking year of research funding to an outstanding record of research publications, 2020 showed the skill, talent, and resilience of the entire Feinberg community. See below for a selection of the honors, breakthroughs, and achievements by faculty, students and staff over the course of this unique year.