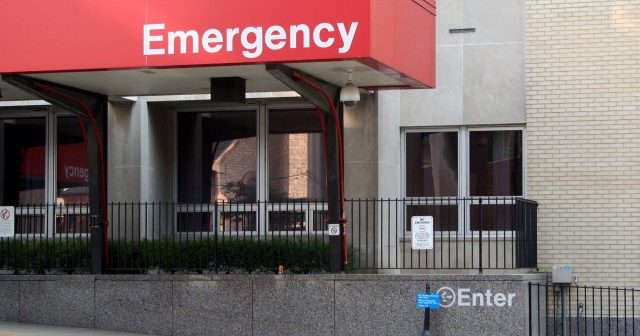 Experts have turned the tables on hospital rating systems and graded the rating systems on their strengths and weaknesses. Most only got “C’s” and “D’s.” The highest grade received was a “B” by U.S. News & World Report, according to new study published in the New England Journal of Medicine Catalyst.

“Current hospital quality rating systems often offer conflicting results – a hospital might rate best on one rating system and worst on another,” said lead author Karl Bilimoria, MD, ’08 MS, ’10 GME, the John Benjamin Murphy Professor and vice chair for quality in the Department of Surgery and director of the Surgical Outcomes and Quality Improvement Center. “We wanted to provide information on how to interpret these contradictory ratings, so people can better select the best hospital for their needs.”

The Centers for Medicare & Medicaid Services’ Star Ratings received a “C.” The lowest grades were for Leapfrog, “C-,” and Healthgrades, “D+.”

Until now, there has been little guidance on how to compare these rating systems.

“It’s been confusing for patients who are trying to make sense of these ratings,” Bilimoria said. “How are patients supposed to know which rating systems are good or bad? This study gives them information from a group of quality measurement experts to figure out which rating system is the best.”

To the investigators’ knowledge, this is the first systematic evaluation of current rating systems that could help inform patients, clinicians, policymakers and hospitals themselves of the various rating systems’ methodologies, strengths and weaknesses.

Hospital rating systems are proliferating, which makes it essential to accurately evaluate them, Bilimoria said. “There are all these competing rating systems. More and more are coming out,” he said. “The public needs some way to know which ones are valid and reliable; otherwise, it will be pure chaos when you are trying to figure out which is the best hospital for you.”

There are about 1,000 so-called “top 100” hospitals in the country, depending on which rating system is used. “There is so little overlap,” Bilimoria said. “That means there is conflicting information. Different rating systems are identifying different hospitals as being the best.

“A lot of the so-called ‘top hospitals’ identified by some rating systems are not places that most physicians would refer their patients to,” he added. “Because of the flaws in the approach used to rank hospitals, the ratings do not provide an accurate picture. Some hospitals that got top ratings from some of these rating systems just don’t make sense based on what we know about them.”

The investigators identified several limitations of each individual rating system and the field as a whole. Each system had weaknesses that led to potential misclassification of hospital performance, ranging from inclusion of flawed measures, use of proprietary data that are not validated and methodological decisions.

“We found that many of the current hospital quality rating systems should be used cautiously as they likely often misclassify hospital performance and mislead the public,” Bilimoria said.

The diverse group of six evaluators includes established physician scientists with methodological expertise in health care quality measurement from both academic centers and the private sector. Given their experience in this field, all of the evaluators currently or previously have had some relationship with one or more of the rating systems. Thus, each evaluator was required to disclose the nature, timing and financial arrangement of any current or prior relationships.

Bilimoria has been an unpaid advisor to U.S. News & World Report and to Centers for Medicare & Medicaid Services’ Star Ratings.