Expanded Genetic Counseling Program Now Second-largest in the US 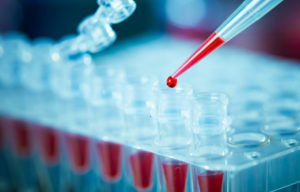 Founded in 1990, the GPGC’s curriculum focuses on genetics and psychosocial counseling combined with practical rotations in clinical, research and industry sites located primarily in the Chicago area.

“As more genetic tests become available, there’s a greater demand for people who understand genetics and genomics,” said Catherine Wicklund, MS, CGC, associate professor of Obstetrics and Gynecology in the Division of Clinical Genetics and director of the GPGC. “The National Society of Genetic Counselors estimated there were three to four jobs per genetic counseling graduate, and we recognized the need to ramp up the amount of genetic counselors being trained.”

Feinberg now houses the second-largest program in the United States – trailing only Sarah Lawrence College – firmly establishing the GPGC as a leader in developing genetic counselors.

“In the last 11 years there were probably seven programs that opened, but right now there are 22 programs in the pipeline across the country,” Wicklund said. “It’s hard to tell exactly when they will begin accepting students, but it gives you an idea about the growth of the profession.”

Students in the GPGC take the knowledge they’ve gained from blended learning instruction into their five-week rotations at hospitals, clinics and industry sites throughout Chicago. All students spend time in prenatal, pediatric and cancer/adult genetic counseling, and pick specialty rotations in fields including cardiology, neurogenetics and hematology.

Students also have the opportunity for full-time summer rotations or internships, where several students have traveled abroad.

A genetic counselor’s clinical responsibilities include assessing a patient’s genetic history, assessing recurrence risk, determining if there is an appropriate genetic test to offer and interpreting results for the patient and their family and explaining next steps. Some patients may not want a genetic test, in which case a genetic counselor could provide expertise in that decision-making process. Healthcare providers without specialized training often have a hard time identifying the right candidates for testing and genetic counselors can perform that initial vetting, said Wicklund.

Not all GPGC students go into clinical care: They also have the opportunity to work at private testing companies and laboratories, such as Myriad Genetics or GeneDX, both of which offer private industry options for students’ rotations.

Private companies’ demand for genetic counselors is rising, according to Wicklund.

“Industry is snatching up genetic counselors because they need their help interpreting results and relaying those results to the providers who ordered them,” she said.

GPGC students also have options beyond clinical, industry and research realms: Second-year students Amy Plaut and Weilong Li recently spent their summer on rotation at the National Academies of Sciences, Engineering, and Medicine’s Roundtable on Genomics and Precision Health.

There, according to Plaut, they performed background research and facilit ated conversations on the legal, ethical and policy issues discussed by the roundtable, which included representatives from academia and private industry.

One focal point of the discussions was a practice known as cascade screening: reaching out directly to family members of patients if a hereditary mutation is identified in that original patient.

“There might be family members we would want tested, but they lack insurance,” Plaut said. “Even if you could find them funding to get tested and they have the mutation, what’s next?”

Another problem tackled by the roundtable was the dearth of racial and ethnic minority participation in genetic studies.

Different ethnic groups have different genetic risks, so it’s important that significant numbers of minority group members are recruited into genetic research, especially for large-scale sequencing programs such as the All of Us program, administered by the National Institutes of Health. The roundtable brought in speakers to address misconceptions about minority recruitment and offer strategies to boost those numbers, said Plaut.

“The most important thing I learned is it’s important to think more globally and not get stuck in your genomics silo,” Plaut said.

That broad approach is a priority for the program, according to Wicklund. Instead of focusing students on the prospect of just clinical care, the GPGC was carefully designed to be futureproof — taking into account how young the field of genetic counseling is and designing courses that prepare students for a variety of roles.

“We strive to think about the future of genomic medicine and train our students to be able to meet that vision,” said Wicklund.