Investigating the Financial Burden of Cancer Drugs on Medicare Patients 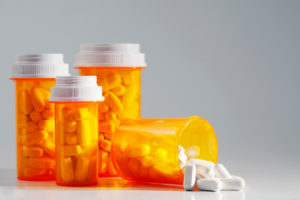 The rising cost of targeted oral anticancer medications may put a substantial financial burden on individual patients enrolled in Medicare’s prescription drug benefit program, Part D, according to a study published in the Journal of Clinical Oncology.

The findings could provide important insights for policymakers as they consider reforms to Medicare prescription drug coverage, the authors noted.

Lei Liu, PhD, associate professor of Preventive Medicine in the Division of Biostatistics and of Psychiatry and Behavioral Sciences, was a co-author of the study.

Targeted oral anticancer medications (TOAM) have greatly improved patient survival for a number of cancers, but have also been the focus of significant concerns about affordability. While out-of-pocket costs for TOAM are relatively moderate for patients who are privately insured, the drugs carry a much greater financial burden for the 70 percent of Medicare beneficiaries enrolled in Medicare Part D, a voluntary drug benefit for those on Medicare. Part D enrollees also tend to be older, in fair or poor health and lower-income, and thus are potentially more impacted by rising drug costs.

In order to address these concerns, the Affordable Care Act (ACA) included provisions for gradually closing a coverage gap that is part of the Part D plan, decreasing the co-insurance rate in the gap from 100 percent down to 50 percent in 2011, and eventually 25 percent in 2020.

In the current study, the investigators analyzed SEER-Medicare data between 2007 and 2012 to examine cost trends and explore whether closing the coverage gap would in fact ease patients’ financial burden. The study cohort included more than 42,000 patients with cancer who received TOAMs.

“We found that the rate of inflation for targeted oral anticancer medications was more than three times the rate of the medical care component of the consumer price index,” Liu said. “Elderly cancer patients who take oral chemotherapy drugs are especially vulnerable to the high drug prices because of the insurance benefit design of Medicare Part D.”

The study further found that the ACA’s coverage gap closure did in fact have a significant impact on patients’ out-of-pocket expenses: After the gap was reduced from 100 percent to 50 percent in 2011, patients’ monthly out-of-pocket costs fell by about 20 percent.

Still, the authors noted that rising drug prices nevertheless remain a concern and could eventually outweigh any savings from the coverage gap closure.

“This financial relief could be short-lived if the drug prices continue to increase,” Liu explained. “With the uncertain future of the Affordable Care Act, this issue is even more important — because if the provision of closing the coverage gap is not kept, out-of-pocket expenses of oral chemotherapy drugs for elderly cancer patients enrolled in Medicare Part D will stay persistently high.”

Liu, also a member of the Robert H. Lurie Comprehensive Cancer Center of Northwestern University, is now investigating how the financial burden of oral chemotherapy drugs for patients varies by insurance benefit design.

The study, led by investigators at the University of Texas MD Anderson Cancer Center, was supported in part by National Cancer Institute grant R01 CA207216, Agency for Healthcare Research and Quality grant R01 HS020263 and the Duncan Family Institute.

Liu has had a consulting and advisory role with Celladon, Outcomes Research Solutions, Mesoblast and Zensun.