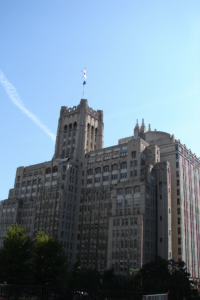 Feinberg ranked 18th among U.S. medical schools in total National Institutes of Health (NIH) funding in 2015, an increase over previous years, according to an analysis from the Blue Ridge Institute for Medical Research.

“Feinberg investigators are at the top of their fields, using NIH awards to conduct research that will help answer the most pressing questions in medicine, leading to tomorrow’s better treatments and cures,” said Eric G. Neilson, MD, vice president for Medical Affairs and Lewis Landsberg Dean. “These rankings reflect our ability to secure key funding in an increasingly competitive biomedical environment.”

The rankings include grants run through the school awarded between Oct. 1, 2014, and Sept. 30, 2015. During that period, Feinberg was awarded more than $220 million in NIH funding. These calculations include direct and indirect costs of projects, but do not include contracts or other specialized mechanisms.

The NIH is the largest funder of medical research in the world and only accepted about one in five grant applications in 2015.