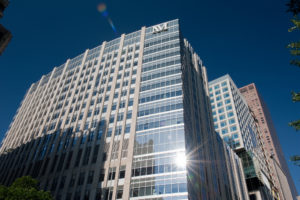 “As an integrated academic health system driven by our Patients First mission, this recognition would not be possible without the dedication of our physicians, nurses and staff,” said Dean M. Harrison, president and chief executive officer of Northwestern Memorial HealthCare. “As we look towards the future, we recognize and celebrate Northwestern Medicine’s exceptional and tireless health care team who responded with compassion and commitment to providing world-class care to our patients during a global pandemic.”

For the 2021-22 rankings, U.S. News evaluated hospitals across 15 specialties and 16 procedures and conditions. Only 175 hospitals, or about four percent of the more than 4,500 hospitals evaluated, were nationally ranked in even one specialty.

Meanwhile, the Shirley Ryan AbilityLab (previously known as the Rehabilitation Institute of Chicago) continues to be recognized as the national leader in Rehabilitation, topping the U.S. News list for 31 consecutive years. The AbilityLab is the only hospital of its kind to hold this distinction.

Earlier this summer, U.S. News placed Ann & Robert H. Lurie Children’s Hospital of Chicago as the top children’s hospital in Illinois, and third in the region (in the region that includes North Dakota, South Dakota, Nebraska, Kansas, Minnesota, Iowa, Missouri, Wisconsin, Illinois, Michigan, Indiana, Ohio and Kentucky) and ranked three of its specialties in the top 10 nationally: urology at seventh, neonatology at ninth and cardiology/heart surgery at ninth. Lurie Children’s was also among only 21 children’s hospitals nationally ranked in all 10 specialties.