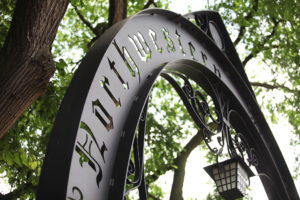 Northwestern University ranks 10th among worldwide institutions with the most highly cited researchers, according to a recent analysis by Thomson Reuters.

Twenty-five Northwestern faculty members are on the 2015 list of highly cited researchers, which features scientists and scholars who wrote articles and reviews that other authors frequently referenced in their own work. Nine of them have primary affiliations at Feinberg.

Researchers included in the ranking wrote the greatest number of papers that place in the top 1 percent of the most cited papers in their subject field and year of publication.

“These researchers have consistently produced papers that inspire or challenge other researchers, proving their work significant and receiving high citation counts as a result,” said Karen Gutzman, impact and evaluation librarian at the Galter Health Sciences Library. “This list is a recognition of their exceptional impact on their fields.”

Among institutions with multiple highly cited researchers, Northwestern shares its 10th place ranking with the University of Oxford, the Massachusetts Institute of Technology and the European Molecular Biology Lab.

In 2014, Northwestern ranked 14th on the list, according to analysis of the Thomson Reuters data conducted by independent investigators. This year, Thomson Reuters calculated the institutional rankings itself.

All analysis is based on papers published and cited in science and social science journals between 2003 and 2013.