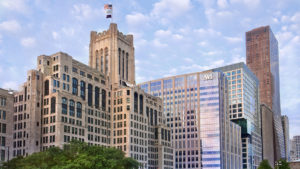 “We strive for excellence in all that we do and these rankings reflect our drive as a growing health system to be among the best in the nation,” said Dean M. Harrison, Northwestern Memorial HealthCare’s president and CEO.  “We applaud the talented physicians, nurses and staff who have earned this recognition. Their exceptional efforts to provide the very best in high quality patient care while supporting our mission to always put our Patients First.”

The Best Hospitals Honor Roll highlights 15 hospitals out of nearly 5,000 nationwide for their expertise in treating the most challenging patients in at least six medical specialties. Northwestern Memorial was nationally ranked in 13 out of 16 specialties – with top 10 recognition in six specialties – including:

Also as announced last month by U.S. News, Ann & Robert H. Lurie Children’s Hospital of Chicago ranks No. 11 among only 12 children’s hospitals nationwide to qualify for the Honor Roll. Children’s hospitals that made the Honor Roll were awarded this distinction because they scored high in at least three specialties — Lurie Children’s has four specialties in the top 10: gastroenterology (5), neonatology (7), neurology (8) and urology (9).

Members of the media, please contact Megan McCann via e-mail at memccann@nm.org or at (312) 926-5900 for more information about this story.